A Tribute to a Lifetime of Adventure

Stephen Menich captured a lifetime of world travel through the lens of his camera, documenting humanity from different perspectives and creating a photographic legacy anyone with a lust for the exotic would admire. 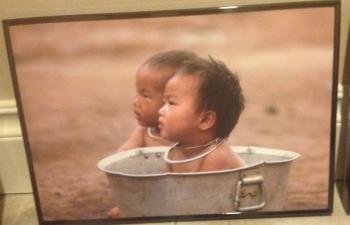 Together with his wife, Eve, Stephen visited more than 80 countries and his early love of photography brought him close to the people of these faraway lands. It’s the people and personalities in his photos that first captured Winston Park assistant general manager Barb Sutcliffe’s eye, and she knew immediately that Stephen would be the next featured artist in the village’s art gallery.

“His choice of subjects tells me he is interested in far more than himself and he loves people and loves fun,” Barb explains. “When I saw his works I just wanted them all and knew he was going to be my next feature artist.”

For the past four years, the Winston Park Gallery has been a place to honour the artistic talents of village residents and remind visitors and team members of the abundant talents that people have honed over the course of their lives. For Barb, Stephen’s photos tell the story of a rich life filled will excitement and a true love of the people around him.

“They inspire a feeling of something exotic and, for me, I feel I am travelling in time,” Barb says when she thinks of Stephen’s photos. “They take my breath away and I want everyone else to have this experience when they see them.”

The gallery collection pays tribute to a remarkable life of adventure and is but a small sampling of the countless stories captured in Stephen’s many photos. More than 100 people attended the official launch of this collection in the village gallery in early May, with the photographer proudly on hand to greet the guests. 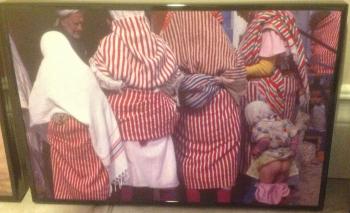 Art has a way of inspiring people in many different ways and hopefully this exhibit will be a launching pad for many conversations among team members, residents and visitors.

The Gift of Hope through Tragedy

To Answer the Call when a Family Member is in Need: The Schlegel Villages SPRINT Team